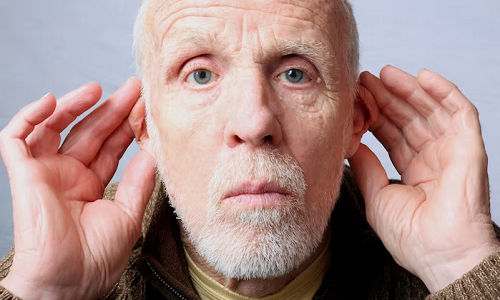 In this article, the authors Nilesh Washnik and Javad Anjum, published by AshaWire, highlight the potential role of audiologists in screening for mild cognitive impairment.

Social isolation and loneliness have been proposed as potential factors related to the association between hearing loss and cognitive impairment in older adults. Although related, these concepts are distinctive: While social isolation is an objective measure of a person’s size of social network (composed of the number of social contact and how frequently those are engaged), loneliness is a subject measure of a person’s perception of the gap between desired and actual social relationships. Individuals with hearing loss tend to engage less in social interactions because it is difficult for them to separate a conversation from background noise. The outcome of such social disengagement is loneliness, which is considered a risk factor for reduced cognitive stimulation, cognitive dysfunction, apathy, and possibly depression. Social isolation also facilitates harmful biological mechanisms. There is a current dearth of instruments or valid measures for evaluating social isolation and loneliness, which presents additional challenges to addressing their influence on age-related hearing loss and mild cognitive impairment.

According to a recent report by the Lancet Commission on Dementia Prevention, Intervention, and Care, mild hearing loss was identified as the highest potentially modifiable risk factor for dementia, as it could prevent up to 9% of new cases of dementia. The objective of cognitive screening is to identify individuals who might have a small cognitive decline that does not interfere with independence in daily activities, or dementia, a severe reduction in cognitive functioning that interferes with independence.

There is a wider scope for improvement in patient outcomes related to aural rehabilitation if suitable cognitive screening tools are integrated as part of the audiologic practice. Results of the cognitive screening test would be helpful in selecting hearing aid features and settings to reduce cognitive load and improve understanding of speech. For example, hearing aid features such as automatic program change, automatic directionality, frequency modulation, and telecoil activation are known to reduce cognitive load among hearing aid users and might be advantageous for older adults with cognitive decline.

Not all audiologists might be comfortable or confident in screening for cognition in their clinical practice, but with adequate training and an appropriate interprofessional referral network, preventive measures for cognition can become an integral part of standard audiologic practice, just as some of the speech-language screening procedures are part of audiologic scope of practice.

Academic institutions and graduate training programs can work toward integrating cognitive health of older adults into the training of future audiologists.

It will be important to identify key policy issues and bolster efforts to enhance the quality of research, accessibility, and effectiveness related to audiologic services involving cognitive health among older adults.

Incorporation of cognitive screening tools in audiologic practice helps audiologists not only in tailoring aural rehabilitation and hearing aid features according to the patient’s hearing loss and cognitive decline but also in understanding why some patients might still struggle to make adequate progress with amplification and aural rehabilitation.

With the continuous increase in the aging population around the world, incidence and prevalence of age-related hearing loss and cognitive decline are projected to increase proportionately among older adults, posing significant public health challenges.

Because audiologists often provide services to the aging population and spend considerable amount of time with patients in their clinical interactions, they are in a prime position to offer screening procedures for potential cognitive decline associated with aging and provide appropriate referrals for further management.

To facilitate this role, it will be important to integrate aspects of early detection and interprofessional management of MCI into the academic and clinical training of future audiologists.