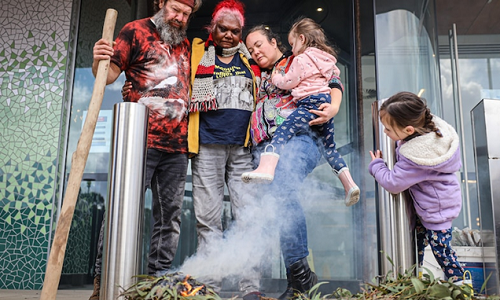 The NSW Coroners Court has found the death of an Indigenous man in custody, stemming from a middle ear infection, was preventable.

WARNING: This story contains details of an Aboriginal person who has died and have been used with the permission of his family.

Budjiti and Murrawarri man Douglas ‘Mootijah’ Shillingsworth died on February 15, 2018 after he was taken to Westmead Hospital from Silverwater jail the month before.

“While his manner of death was from natural causes, this was clearly precipitated by the failure to identify and treat his ear disease while in custody,” she said.

“Although his hearing deficiencies were noted on his prison profile, his hearing loss and disease were rarely investigated,” she said.

Magistrate Baptie made four recommendations to improve cultural primary health care for indigenous inmates, including advocating for a trial of Medicare for Aboriginal inmates.

“How can we accept that our loved one has died from an ear infection in the 21st century,” she said. “Our family went into this inquest knowing we wouldn’t get justice for Mootijah, it’s too late for him. But we hope we can save other Aboriginal prisoners from this painful and preventable death.” 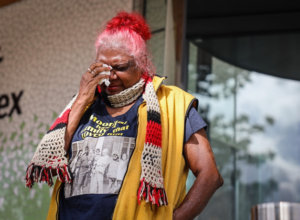 Her solicitor, Jeremy Styles from the Aboriginal Legal Service said the death was another entry into the “incomplete ledger of black deaths in custody”.

“The coroner has positively found today that this was a preventable death,” he said. “That is a true and simple horror, that medical treatment that could have been provided was not provided to someone who’s in custody.

“The Justice health network have, since Mootijah’s death, taken significant steps to improve their practices and improve the processes that they go through with Aboriginal people in custody. They’ve changed their approach to ear disease and hopefully, that will improve the prospects of this never happening again.”