For heaven’s sake! We’re living in a pandemic, so where are the captions? 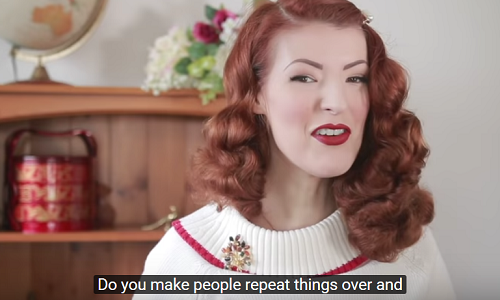 There’s a health crisis but where are the captions in Government announcements?

It is frustrating and dangerous that captions are increasingly NOT being included in the Government’s emergency and disaster announcements when they appear on TV and on social media.

It’s time that the Government stood up for its constituents who need captions by insisting that all of its broadcasts, whenever and wherever they appear, will be captioned.

Emergency broadcasts and Government announcements on television must have captions that are a permanent feature of a broadcast or recorded video, so they appear in replays, on catch-up TV services, secondary channels and on social media.

We support the current accessibility inclusion in Government announcements that includes a sign language interpreter for the 10,000 Australians whose first language is Auslan.

However, there are 1.2 million Australians who rely on captions every day.

Captions are important for people for whom English is a second language, children with learning difficulties and particularly people who may use hearing aids or cochlear implants, and the many people who have no aided support to assist with their hearing.

Captions are vital aids for hearing impaired people away from home and seeing and trying to listen to an uncaptioned emergency message on a TV they cannot control, for example at airports, hospital waiting rooms and hotels.

The best thing we can do as a community is to add a comment to every Government video we see on social media when there are no captions – “where are the captions?” And tell your friends to do the same.

Local companies that make a profit from providing captioning services do not invest in our work in promoting the need for greater captioning.