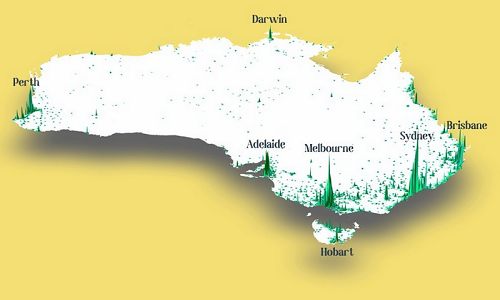 The Australian Census report shows slightly more than 16,000 people use Auslan. The number includes people for whom Auslan is their primary or only language, and also people who use Auslan at home to communicate with native Auslan users, such as children of Deaf adults.

What suburbs do people live in? 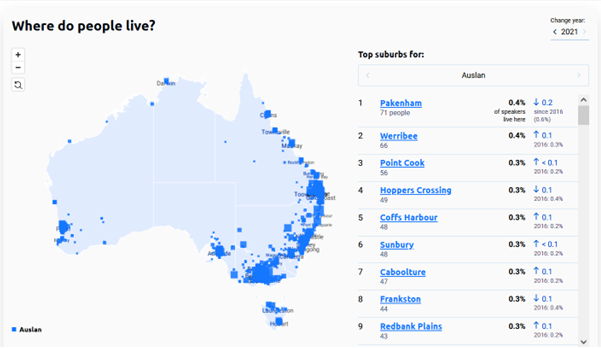 In the top ten suburbs, most people whose first language is Auslan live in and around Melbourne, with concentrations in Coffs Harbour NSW, and Caboolture and Redbank Plains in Queensland.

Most common ancestry and Age 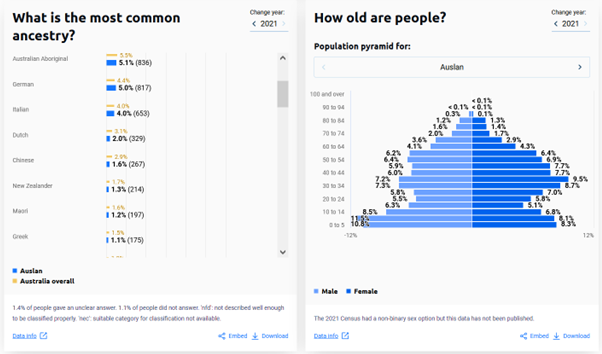 Australian and English are the main ancestral backgrounds – that’s about 15% greater in comparison to the whole population. A long way behind come Scottish, Irish and Australian Aborigine. 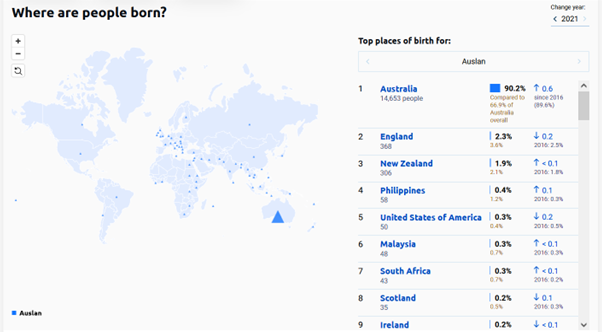 90% were born in Australia. The highest-ranking other countries of birth were England and New Zealand at about 2% each.

5% identify as First Nations people compared to 3% of Australia overall who are Aboriginal and/or Torres Strait Islander. 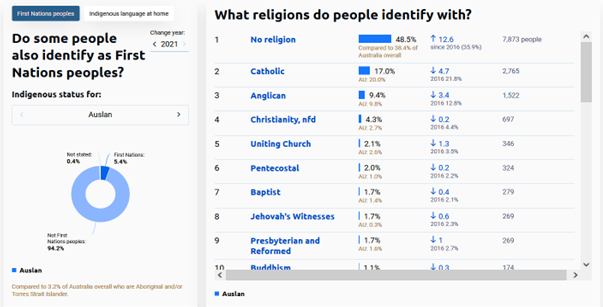 Nearly 50% say they have no religion. 17% Catholic and 10% Anglican. 1% for both Islam and Buddhism. Australian Aboriginal Traditional religions and Chinese religions were less than 0.1%.

This page includes various images that are simple maps of Australia and graphs to illustrate the text. From SBS Australian Census Explorer