When I was 23, I stopped hearing my manager’s voice from behind his Mac monitor.

A new employee at a fancy consulting firm in Manhattan, I quickly stood whenever I sensed a vague sound traveling from my boss’ corner, preparing to lip read over his Thunderbolt screen.

I couldn’t understand why he had such a bad case of mumbling, which is what I assumed the problem must be.

Then the silence spread. I completely missed jokes my colleagues exchanged at desk pods behind me, puzzled when I’d turn around to find them all laughing.

And when I popped out of the office for lunch, the salad bar server stopped asking me whether I wanted salt or pepper, tired of repeating himself in the face of my confusion. 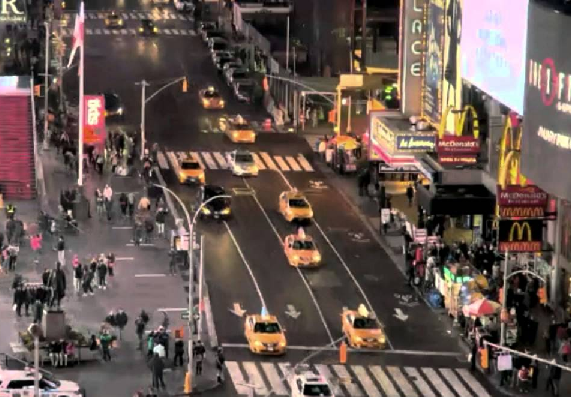 After a few months, I finally headed to the ear-nose-throat doctor, convinced that my ears were simply clogged. I’d gotten them cleaned out before — I was an annual Swimmer’s Ear kid, with clogging problems lasting through college — and I was familiar with the warm swish of water the ENT would flush into my ears, the tubes from the “irrigator” suctioning out golden clumps of wax.

Instead, my doctor suggested I sit for a hearing test. Sara, the red-haired office audiologist, led me into a dark room with a chair in the center. Before she shut the door, she smiled. “This is only for baseline,” she reassured me. “Totally standard.”

I sat there wearing oversized headphones, waiting for the high-pitched beeps to start. After a few minutes, Sara scurried back in and fussed with my headphones.

She wondered aloud if they might be broken, then returned to her seat on the other side of the glass divider and began pushing buttons.

I waited, and when no noises came through the headphones, my throat constricted. Sara retrieved me from the testing room and pointed to a series of line charts. I had lost one-third of my hearing. The damage was the same in both ears, meaning it was likely genetic. The best solution at this point, she explained, was hearing aids.

The thought of wearing two boxy devices into my Manhattan office filled with smart-dressing millennials and executives made me want to slink to the floor. But how could I do a good job when I couldn’t even hear assignments from my boss?

Over the next several weeks, the ENT’s office became a regular destination. Sara was my guide into the uncharted territory of partial deafness.

She fitted and calibrated my new aids, which were tinier than I expected and espresso-colored to match my hair. She also put my cosmetic angst into perspective. “Your cochlear nerve is completely undamaged,” she emphasised, reminding me that my new disability wasn’t brain-related. “Let’s just say not everyone is that lucky.”

Sara’s typical patients were triple my age, which made me a rare specimen.

She adapted her normal commentary to my needs, offering remarks like, “Batteries usually last about a week, but I have a feeling your days are probably longer than the typical hearing aid user’s.” The ENT was especially thrilled to have a 20-something who could “take advantage of the technology.”

Battery-enabled hearing did come with perks: volume control, a mute button for loud subways, and a variety of Bluetooth features.

At first, my self-consciousness hampered my delight at being able to hear.

None of my co-workers commented on my hearing aids, but I tried to hide them anyway, making sure my long hair always fell over my ears.

Discreetly, I’d nudge the tubes back into my ear canals whenever I felt them start to slip. And then there was the feedback, that high-pitched noise that meant the microphone was on loop. Giving hugs and standing on the crowded subway were sources of sudden anxiety. 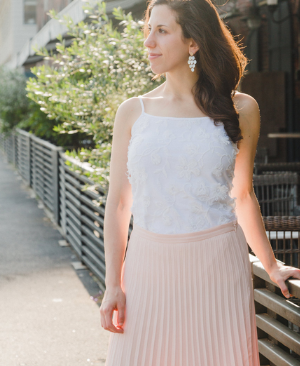 My attitude started to change the morning I walked into a meeting with my consulting firm’s largest client. The middle-aged man sitting across the table turned his head, and I caught a glimpse of sleek plastic. He was wearing a pair of silver aids. I felt a rush of empathic warmth. I knew that with short hair, he had little choice but to sport his contraptions with confidence. Though I didn’t have the guts to point out our similarity, I excitedly relayed my discovery to my boyfriend over dinner.

Soon after, I encountered another kindred hearing spirit at the gym when a young woman came to stretch on the mat beside me. She had piled her hair into a bun and was wearing her terracotta-colored devices unabashed. Hesitant to highlight our camaraderie would she be embarrassed I pointed it out?), I held back from complimenting her self-assured vibe. But she motivated me to keep my hearing aids in as I exercised, even when my long hair wasn’t down to hide them.

Eventually, I came across a magazine article in Poets & Writers, written by a woman whose background was uncannily similar to mine. She was older than me, but she lived in my home state, considered herself a hybrid businessperson and writer, and had built a platform as a hearing healthcare advocate. Figuring we’d have a lot to connect over, I got over my shyness and reached out. And I’m so glad that I did. We scheduled a phone call, laughed over our mutual tendency to ask, “What?”, and together crossed our fingers that hearing aid costs would soon decrease.

My devices started to feel less like a burden and more like an icebreaker for connecting with other New Yorkers. In that way, I was grateful to finally be out of my own head — and back into the mix of lively conversation.

Stephanie Newman is a Brooklyn-based writer covering books, culture, and social justice. You can read more of her work at stephanienewman.com