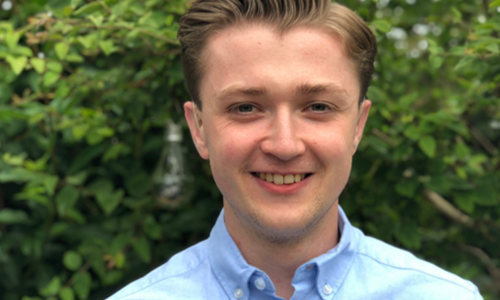 Michael Lawrence is an audiology student in the United Kingdom. He wrote this article for Ida Institute.

“I suppose it’s another nail in the coffin,” said Rose (not her real name), one of my patients, after being told that hearing aids could help her struggles with communication.

It saddened me that she saw hearing aids first and foremost as a “nail in the coffin” rather than something that could help her to hear her loved ones again, hear on the telephone again, enjoy participating in group conversations in a restaurant again, and so on.

What saddened me more is that I’m not even a fully-fledged audiologist yet and I’ve already had several similar encounters while on placement.

Initially, I couldn’t believe that it would be common for people to choose hearing aids based on how “invisible” they are, rather than the quality of technology – or even forego devices entirely out of fear of what others will think when they see them, a fear often rooted in the stigma surrounding hearing aids and aging. For many people, this means putting off acting on their hearing loss and suffering in silence, often for years.

When I think about it though, I used to feel a similar way. I’ve worn hearing aids since I was four and felt stigmatized for many years. I stood out from my peers and not in a good way. I craved “invisible” hearing aids.

I am now happy to wear my hearing aids – I even wear them with pride. After all, hearing loss can’t be cured, so why should it be hidden? Especially considering that making our devices visible can lead to practical benefits. For example, I’ve noticed that people tend to face me and speak more clearly when they see I’m wearing hearing aids.

Having experienced the burden of stigma and how much better life is without it, I’m passionate about helping my patients overcome the same thing. For many adults, of course, it’s the connotation of aging that they want to avoid, which wasn’t the problem for me. But I still believe my experiences of wearing hearing aids puts me in a powerful position when speaking with patients such as Rose.