I decided to wear my hearing loss rather than hide it

I decided to wear my hearing loss rather than hide it 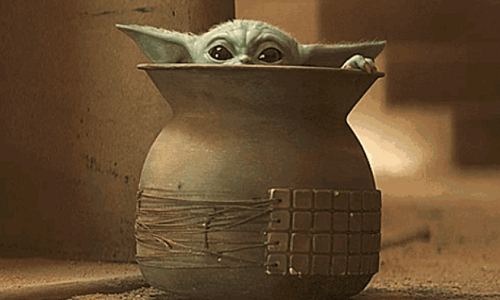 As a child it was a secret I worked feverishly to hide, and then adult life brought more humiliating encounters. I was born deaf. When my mother held me as a baby I would put my fingers around her chin, pulling her face towards me so that I could read her lips.

An early visit to an audiologist confirmed my parents’ suspicions. I had congenital, high-frequency hearing loss in both ears. My hearing loss was described as moderate to severe.

“Damaged nerves,” the audiologist said. Those two words were a portent for yearly hearing tests, speech therapy at the age of 12 and yearly updates on the latest technologies that might address my physical “deficit”; a “deficit” that took more than half a lifetime to own.

I was in prep. A group of six kids were playing in the big yard, a massive slab of bitumen that hosted games of cricket, soccer and rounders, and was also a site for the brutal resolution of conflicts. We were taunting another boy. We jeered in unison, spoke cruel words. His hearing aids seemed like large pebbles that bulged from his ears with wiring that extended from his aids to under his shirt.

Vulnerable, the boy offered an impotent defence: “Leave me alone!” he cried. His speech was stunted, shaped by discrete sentences that lacked fluidity. He had what Fiona Murphy, in her recent book, The Shape of Sound, calls a “deaf accent”.

I’d joined the pack of powerful boys. I wore my aggression like a mask. I wasn’t like that boy. I desperately didn’t want to be that boy. He left the school within months or weeks; I cannot be sure. I didn’t even know his name. The memory makes me wince.

One day in grade 6, a well-meaning teacher told me in front of the class that I needed to sit in the front row, taking me away from my best friend. Humiliated, I stormed out of class and went home. Looking back, I know that she was looking out for me.

The following year, my parents sent me to a private school. I suspect this was driven by their anxiety about my deafness. The loving, good intentions of my parents led to me experiencing the most difficult years of my life.

As an adult, hearing loss has affected me in different ways, sometimes with a darkly funny twist.

In my mid-20s, parties sometimes ended in the back of a packed car, headed to a grungy room in some far-flung suburb. Usually with one friend and a small group of strangers, a bong would be passed around the room.

Sound took on a completely new shape, music fused with drowsy voices meant trying to catch phrases to glean their meaning. As people laughed loudly, I would be gripped by nauseating paranoia. In response to a question, I’d embark on an ethereal rant that I would later discover had no relationship to the conversation. More laughter. More paranoia. Time seemed interminable and my thoughts fixated on walking the five meters to the door that led into the night and finding my way to the safe silence of home.

The Bendigo magistrates court is a testament to Victorian architecture, a building that carries a sense of grandeur. But its wooden floors and walls make it a difficult place for anyone who struggles to hear.

Some years ago, I appeared as an advocate on behalf of a client who was pleading guilty to a string of offences. My plea in mitigation went well for him and he avoided jail. But as I made my submissions, the magistrate challenged my assertions. I could barely hear him. His words, saturated with irritation, seemed to dissolve into the ceiling, leaving me only with a sense of their aggression.

I explained to the magistrate in front of a full court that I had a hearing loss. “You don’t say, Mr Button,” he said, his voice laced with sarcasm.

After a few years I left the profession, my decision made on that day in Bendigo.

In my early 30s, I bought hearing aids. At the time, I was working as a community worker. I could no longer muddle through. They were a requirement of the job. I had to acknowledge the need to help myself. For years, contemplating this step only brought shame, but now I was resigned.

The decision to wear my hearing loss marked a new beginning and my transition into the world of professional work. It was also the sharing of my secret with the world, a secret that had only ever really existed in my head.

A few years ago, I became a mediator, based in Melbourne. Now my job is to assist separated parents to communicate. In other words, I’m now employed to listen to people, and to help them hear each other.

Nick Button was writing for The Guardian, https://www.theguardian.com/commentisfree/2022/jul/24/i-finally-decided-to-wear-my-hearing-loss-rather-than-hide-it-i-was-just-exhausted