Deafness isn’t a threat to health: ableism is

Deafness isn’t a threat to health: ableism is 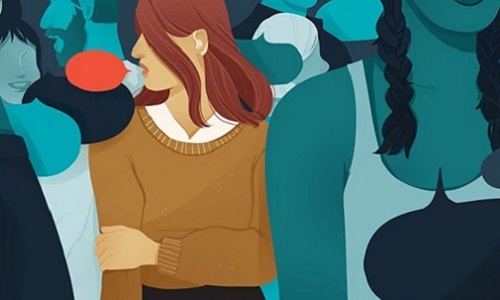 Instead of assuming deafness is the problem, it’s time to look at the systemic issues that impact our well-being and quality of life.

Issues like higher healthcare costs and our number of ER visits, when taken out of context, place the blame where it simply doesn’t belong.

Our current institutions render general care and technology like hearing aids inaccessible to many.
Rampant employment discrimination means many d/Deaf people have substandard health insurance, though even well-reputed insurance coverage often won’t cover hearing aids. Those who do get aids must pay thousands of dollars out of pocket — hence our higher healthcare costs.

Deaf people’s above-average visits to the ER are also no surprise when compared to any marginalised population. Disparities in healthcare based on race, class, gender, and ability are well-documented, as are doctors’ implicit biases.

Deaf people, and especially those at the intersection of these identities, face these barriers at all levels of healthcare access.

When a person’s hearing loss isn’t treated, or when providers fail to communicate effectively with us, confusion and misdiagnoses occur. And hospitals are notorious for not providing interpreters though they’re required to by law.

Those elderly deaf and hard-of-hearing patients who do know about their hearing loss may not know how to advocate for an interpreter, live-captioner, or FM system.

Meanwhile, for culturally Deaf people, seeking medical attention often means wasting time defending our identity. When I go to the doctor, no matter what for, physicians, gynecologists, even dentists want to discuss my deafness rather than the reason for my visit.

It’s unsurprising, then, that d/Deaf and hard-of-hearing people report a higher level of mistrust in healthcare providers. This, combined with the economic factors, means many of us avoid going at all, end up in the ER only when symptoms become life-threatening, and endure repeated hospitalisations because doctors don’t listen to us.

And that’s the root of the problem, really: an unwillingness to centre the experiences and voices of d/Deaf people.