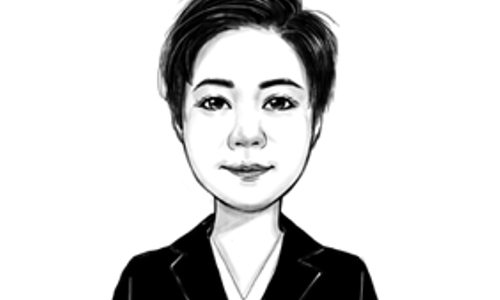 China is home to over 20 million deaf individuals. Their children, sometimes known as CODA, or “children of deaf adults”, number in the millions.

I first came across CODA terminology in the 2000s, during my doctoral studies at Fudan University. As the mother of a CODA, it is more than just an acronym to me — it represents a particular, often overlooked subset of human existence, a link between the worlds of the hearing and the Deaf.

Studies have found that between 85% and 90% of CODA are not deaf. Many feel as though they don’t truly belong in the Deaf world, but they’re not completely accepted by hearing society, either. Their lives can seem like a series of challenges. How can their parents take care of them? If they cry out in the middle of the night, who will come to their aid? Who teaches them to talk?

Rather than offer a helping hand, many tend to assume deaf parents have no answers to these questions. Deaf parents, under intense familial and societal pressure, often feel they have no choice but to call upon the assistance of their extended family, generally the child’s grandparents. For CODA, this situation deprives them of their parents’ presence in their lives growing up; for parents, it only reinforces their anxieties and self-doubt.

CODA who are fortunate enough to grow up with their parents in their lives must mature faster than their non-CODA peers. Tiantian, a 36-year-old CODA from east China, was raised by her parents and maternal grandparents. (To protect her privacy, I have given her a pseudonym.) Her grandparents taught her to speak and helped her with her homework; sign language she learned from her parents in a process so natural to her that she doesn’t remember how it happened. When her maternal grandparents passed away during her third year of elementary school, the responsibility for communicating with the outside world fell squarely on her shoulders: paying bills, attending medical consultations, opening bank accounts, and even mediating her parents’ relations with their bosses.

Many CODA experience this inversion of the parent-child dynamic. As children, they’re often forced to play the role of caregivers and guardians. Growing up, Tiantian paid attention to her parents’ affairs and worried whether they were being taken advantage of. In a sense, CODA learn how to be good parents from a young age, largely because they shoulder a burden far greater than that of their peers.

Meanwhile, the prejudices that people with hearing impairments face only exacerbate the stress of life as a CODA. When Tiantian went on excursions with her parents as a child, passersby would point at them and gawk. When her teachers found out about her family circumstances, they wrote her off.

The stereotype that “children of the deaf and mute don’t learn well” became their way of justifying her lackluster grades. Her schoolmates questioned whether she was her parents’ biological daughter. This painful chapter of her childhood has had an enduring impact on how she relates to others and, to this day, she still doesn’t like to ask others for help.

Yet, while insufficient support and societal recognition for Deaf and hard-of-hearing people — not to mention a lack of professional sign language interpreters — saddle CODA with unreasonable burdens, it also gives them a unique importance in contemporary Chinese society. In addition to assisting their parents, a lot of CODA become sign interpreters for other deaf people. To use Tiantian as an example, she recalls her mother taking her to fill in as an interpreter at an event held by the local Deaf Persons’ Association when she was not yet 10 years old. Through no conscious decision on her part, over time, she became the first person many local deaf people would turn to when they encountered an emergency. To this day, she is still the favored sign language interpreter of the local Deaf Persons’ Association.

Unlike many sign language teachers in Chinese schools, CODA such as Tiantian don’t learn to sign in the classroom, but rather from everyday interactions with their parents. The Chinese Sign Language taught in schools is heavily influenced by literary Chinese and strikes many deaf people as stilted, whereas the language CODA acquire growing up is much closer to the way that deaf people naturally express themselves. This makes it easier for CODA to communicate with deaf people, even those with little formal education.

More recently, Chinese CODA have begun to organise mutual assistance and research groups. One CODA WeChat group I belong to includes social workers who serve the disabled, researchers, and the head of CODA Hong Kong. Discussions range from sign language to information about upcoming activities and events. This unique space has allowed many CODA to find, for the first time in their lives, a sense of belonging: They have discovered that there are people out there who have had the same experiences and are dealing with the same issues as them.

Yet there are still many CODA in China who feel caught between the two worlds and isolated from society. Some cope by shunning their parents, rejecting sign language, or trying to hide their background from the outside world. To be CODA is to have a mixed identity: Are they marginal figures caught between two separate worlds, or are they a bridge that brings these worlds together? Having faith that a mixed identity will one day be seen as a blessing and not a burden is not always easy, but I’m heartened by the sight of more CODA families connecting with one another and sharing their stories — and I look forward to the day when society treats these families as equals.