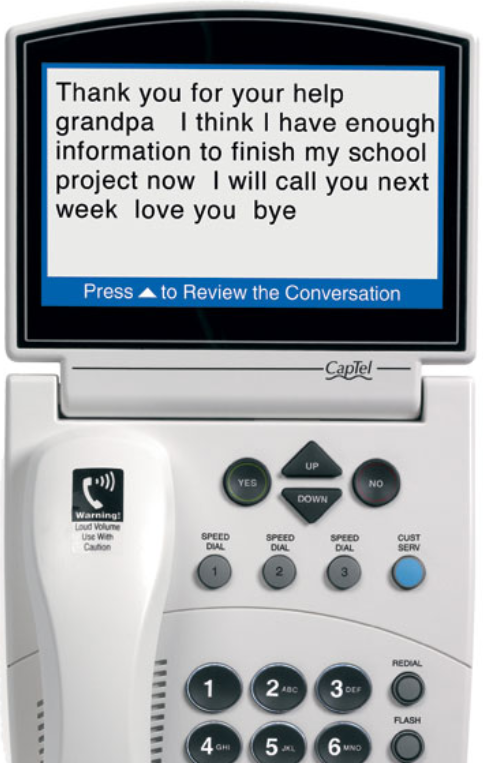 One of the first things Concentrix is contracted to do is to shut down the CapTel handset service on 1 February 2020.

What is CapTel captioned telephone? It works like any other telephone with one important addition: it displays every word the caller says throughout the conversation. CapTel phone users can listen to the caller and can also read the written captions in the CapTel’s display window.

Comments from a Deafness Forum member

It is indeed a big shock to many Australians, and myself, who rely and need the Captel handset. It seems to me that this section of people with a hearing loss have been sacrificed in a big way so that the TTY can be ‘re-introduced’ and then plunge those who went deaf later in life and whom can speak, right back in the dark ages.

It is also a direct insult to the intelligence of the people who worked long and hard to get Captel up and running in Australia.

Many of our members have spoken of their dismay and disgust, particularly being isolated and the loss of their independence. In the long run, this move will cost the Australian government much more than it does now.

It is yet to be revealed just what the alternative is going to be for CapTel users.