Barely any hearing and everyone’s wearing a mask

Barely any hearing and everyone’s wearing a mask 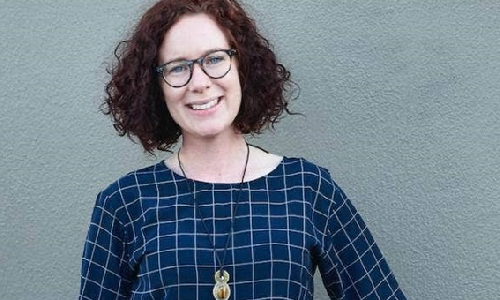 The Australian-based author, poet and essayist was born profoundly deaf in one ear, and is losing her hearing in the other, and since Covid-19 hit, she can no longer rely on lip-reading to communicate with others.

“Without being able to see someone’s entire face, it’s like a novel, and cutting out part of it, you lose narrative and story when someone’s talking to you,” Murphy says. “It’s hundreds of permutations going through your head. So you’re thinking, did they say flaw or more or chore. You’re not getting it from facial clues. It’s like doing sudoku and a puzzle at the same time.’’

“Most deaf and hard of hearing people I know have struggled [during the pandemic]. It has been depressing and isolating.’’

Although some deaf people can use sign language as an alternative form of communication, this is also limited when everyone is in a mask.

“Facial expressions are an essential part of sign language grammar. Mostly, it feels like the last two years have been lost. It has significantly impacted on the ease and comfort of communication.’’

Murphy is keen to chat about her deafness to raise awareness about what she describes as “a complex social issue’’.

It is hard enough engaging in a conversation at any time. An experience most of us take for granted leaves her feeling mentally and physically shattered.

“Concentration fatigue, which is also known as listening fatigue, is one reason why deaf people seek out the security and certainty of silence,’’ she says.

Murphy wants hearing people to know that the world is designed for them. Buildings often have poor acoustics and, for those who can’t hear, it takes an incredible amount of brain power to decipher speech.

“The issue is I can hear everything at once. You need two functioning ears to hone in on voice or a sound. Your brain will pick it up and amplify it. Because I’ve only got one functioning ear, my brain doesn’t have enough information to hone in on a voice in a crowd.’’

“I had constant headaches in my 20s, and I was always exhausted. Even today, I sweat on public transport and at airports, when there is a constant volley of noise and announcements. I already enter those environments on alert and when you think that one in six people have some sort of hearing loss, it shouldn’t be like that.’’

She is lip-reading as we chat, but she is also looking me straight in the eye. To make things easier, I am sitting in a quiet room and I have enough lighting so there are no shadows on my face.

“This is perfect,’’ she says

The youngest of four siblings who all hear perfectly, Murphy was in her first year of school when a hearing test revealed she was profoundly deaf in her left ear.

With limited hearing in her right ear, she spent 25 years keeping her deafness a secret from acquaintances and workmates, and avoided all situations that might have worsened her hearing: noisy bars, live music events, social gatherings, and even watching TV.

Her biggest fear then was losing all her hearing, and she did her best to protect the little she had. When she tried hearing aids in her mid-20s, the noise was overwhelming. Hearing aids are often likened to glasses but Murphy felt as though she had been flooded with too much information. “I was just utterly confused and overwhelmed by what I was experiencing.’’

When an audiogram at 30 confirmed she had hearing loss in her right ear, the news was so upsetting she cried. It turned out she had the rare genetic condition, otosclerosis, where the bones of her ear – the smallest bones in the human body – ossify or harden.

A year later, her perspective was completely overturned when she learnt to sign.

Mastering Auslan was freeing, and she connected with others in the deaf community.

“[Auslan] just utterly changed my entire perspective of myself, and it opened up another world. Constantly mulling over and decoding language isn’t present when I’m signing.

“My brain opened up. I wasn’t having to focus at such an intense level.’’

Murphy says embracing her deafness means the prospect of being completely deaf no longer bothers her.

Fiona Murphy is the author of the memoir, The Shape of Sound. From Stuff